1 fessor of Geography and Urban Planning, University of Isfahan

2 PhD. Candidate, Geography and Urban Planning In University of Isfahan,

Abstract
The purpose of the current study is to investigate the scenario designing in the development and improvement of tourism industry in Yasuj, based on cross-effects and CIB. The present research is an applied research in terms of the purpose, a survey research at the survey level based in terms of the method conducted based on the future studies and scenario designing. The research was conducted in three stages including the determination of the key indexes through the Delphi method, identification of vital drivers through the MicMac software based on the cross-effects analysis method and scenario designing according to Scenario Wizard based on Cybe method. Statistical population is included 30 geographic and urban and regional planners, tourism specialists and executive experts of the province in the first stage. In the second stage, the statistical population was selected purposefully in 15-person group and in the third stage was selected centrally. The results of the research consist of 37 key factors, including eight critical factors such as climatic conditions, comprehensive tourism plan, infrastructures, media, welfare services, customs, private sector and security as key factors and drivers of the development of tourism industry in Yasuj city. Ultimately, vital drivers in 80 states with three development situations and 80% of the statuses indicate utility and 20% of the statuses indicate the stability and crisis of the spatial organization of the tourism industry. The scenario 1 is proposed the most desirable scenario, which will be based on maintaining, compiling, rising, interacting, developing, growth quantitatively and qualitatively, and improving security.

Introduction
At the beginning of the third millennium, future studies have transformed the scattered and inconsistent researched in the field of planning for the future into a disciplined science with rigorous principles and precise methods. By using it, in addition to analyzing the trends of the past, it was possible to discover, invent, and evaluate the possible future, and change, if necessary. One of these important issues, which plays a very important role in the economic development of cities and villages and can lead to improved economic growth and better quality of life through prospects and scenario design, is the development of the tourism industry. Today, tourism is becoming one of the main pillars of the world's commercial economy, and many planners are referred to as the main pillar of development. Tourism is one of the important activities enjoying a special status in the economic development of some countries in recent decades. Therefore, by considering the tourism potential of Yasuj city and taking advantage of strategic management approaches and futures studies and relying on planning models based on scenario, there is attempted to provide the growth and development of the tourism industry in Yasuj city.

Materials and Methods
In the present study, the expert Delphi model and the MIC MAC software and Scenario Wizard software, and strategic management approaches and future studies are used.

Discussion and Result
Key indicators play both an influential and effective role in the growth and development of the Yasuj tourism industry including climate, comprehensive tourism plan, infrastructure facilities, media, welfare services, customs, private sector and security. And also the best possible scenario for developing the tourism industry in Yasuj city was obtained by CIB method.

Conclusions
Finally, the results of the research showed that among the scenarios, the final 10 final scenarios were refined and selected and 60% of the statues with favorable future and 20% of statues had a poor status. The best scenario from all scenarios was Scenario 1, which the climate based on conservation, comprehensive tourism plan based on codification, development- based facilities, rise- based services, interactions-based media, quality/quantity-based customs and quantity- based and rise-based security. 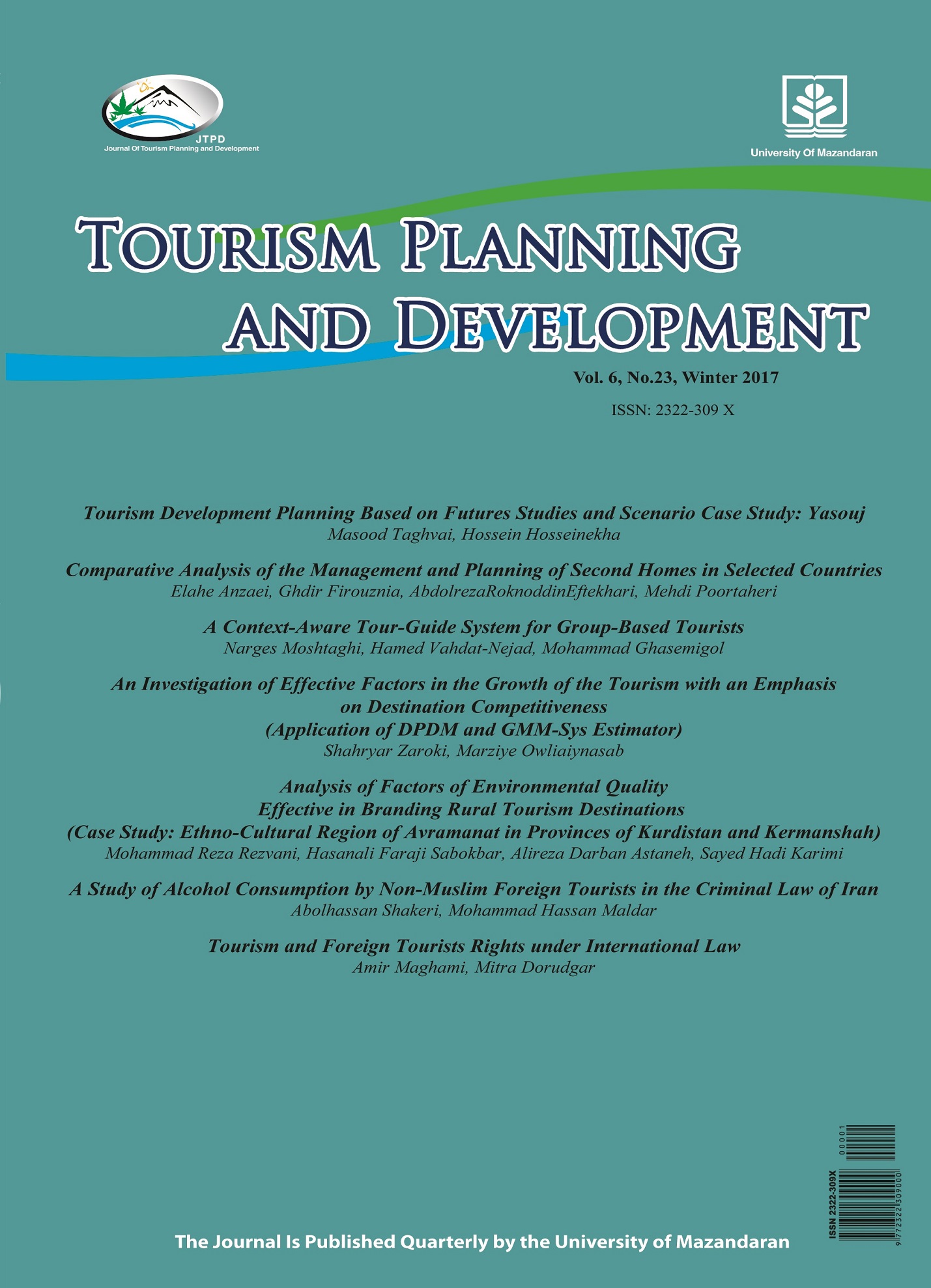